This cartoon by Christian Adams from The Daily Telegraph uses the concept of the Penrose stairs.

In the cartoon, we see Barack Obama and Gordon Brown ascending/descending a Penrose staircase. A sign points towards 'Victory'. The rocky, mountainous terrain is clearly meant to represent Afghanistan. The never-ending stairs are a metaphor for the war in Afghanistan, from which there seems to be no way out for western forces. 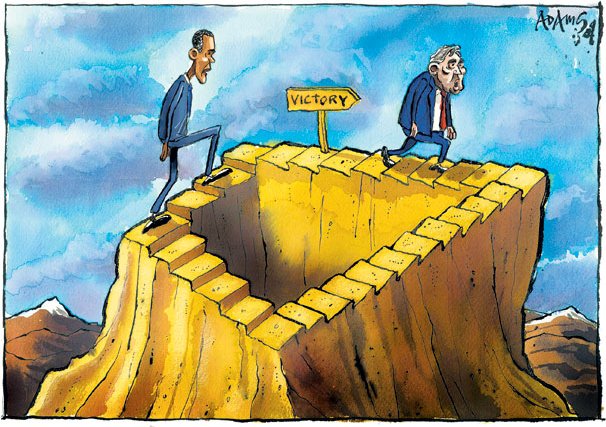 The image was found at http://jeffreyhill.typepad.com/english/2009/11/cartoon-victory-in-afghanistan.html