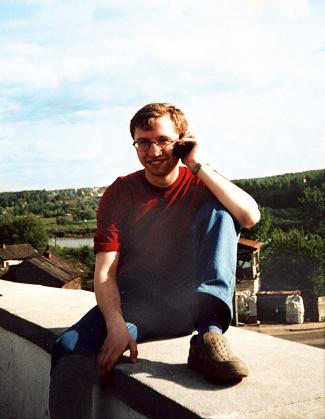 My name is Vlad Alexeev. I live in Kaluga (Russia) and work as a programmer for a company that develops access control systems. In my free time I like to program for my satisfaction, listen to music (progressive metal) and read fantasy books.

Since some time I became interested in such artworks and figures that look usual at a first sight, but there is something wrong with them if you look at them more attentively. For me, the most interesting such figures are "impossible figures" which make an impression that they cannot exist in a real world.

I wanted to know more and tried to find some information about these figures in the Internet. I found numerous sites containing three or four different impossible figures, but there was no site devoted exclusively to the study of impossible figures. During this pursuit I made the acquaintance of impossible figures of Swedish artist Oscar Reutersvärd and images of Dutch artist M.C. Escher.

In February of 2009, the site was chosen for Britannica iGuide directory of the Web's best sites.

I examine internet periodically for new impossible figures and paintings. If you have some figures that were not included on the site please send them to me or send me a link to where these figures can be found.

You can see some my works with impossible figures at the site such as impossible dinos, computer images and photomontages.

The site logo design is based on drawing of C.M. Calvert.