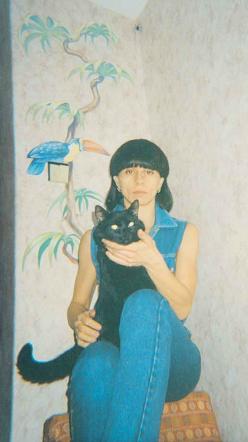 Lyubov Nikolayeva (pseudonym is NIKOL) was born in year of Snake under the zodiacal sign Fishes in town Nikolayev (Ukraine).

She has been intertested in paining since childhood. In 1982 she began paint by ink. Since this time ink and pen are the main means for illustration her fantasies or scenes from books she read. Nikol is maker-up. She works in Artistic Russian Drama Theatre in Nikolaev (Ukraine). In 1992 she became laureate of international contest "Illustrators of The Future Contest". She has been taken part in exhibitions in Nikolaev since 1993. She had two personal exhibitions. In 2001 she was awarded to premium "Portrait of Dorian Gray" in international festival of fantasy "Star bridge – 2001" in Kharkov (Ukraine).

See other artworks by Nikol at http://art-marginal.com/?cat=17