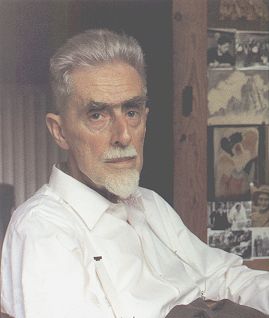 Maurits Cornelis (M.C.) Escher was born on June 17, 1898, in Leeuwarden (Holland). Drawing was his favorite subject at school, and his youth age he became acquainted with linocut. In 1921, Escher and his parents visited the Riviera and Italy. Unimpressed by the tropical flowers of the Mediterranean climes, he made detailed drawings of cacti and olive trees. He also sought out high places and dramatic vistas to sketch; some of his later works were influenced by these sights. Later, he returned to Italy.

During one of the next travels, he visited Alhambra (Spain), where he encountered with traditional Arabic art. In 1923, he married Jetta Umiker, the daughter of a Swiss manufacturer. They had lived in Italy more than ten years, and in 1935 they moved to Switzerland and later to Belgium. In 1936, Escher visited Alhambra for the second time, again studying the Moorish tilings. From this time forward,he concentrated on drawing mosaics. In 1937, he created his famous artwork "Metamorphosis".

In 1941, after Escher's mother died, he moved to Holland and settled in Baarn, where he lived until his last days. Escher gained popularity after the end World War II. During 1950 and 1960 he created the most famous artworks with tilings and impossible constructions. At the beginning of the 1960s Escher delivered a series of lectures in North America.

Disregarding poor health, Escher continued work until the beginning of 1970s. He died in 1972.

Escher's work inspired numerous artists around the world. Among them are Jos de Mey, Sandro del Prete and Ostvan Orosz. Artworks of Escher have popularity among mathematians.