In 1998, a set of commemorative coins with were mint in Netherlands for celebrating of the M.C. Escher centennial. On coins the portrait of the artist on background of fragment of his artwork "Sky and water" and porthole from set of artworks, which Escher created for Adria shipping company. 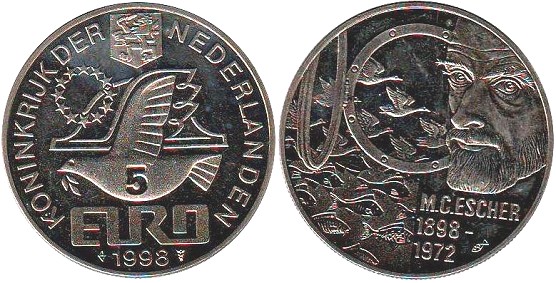 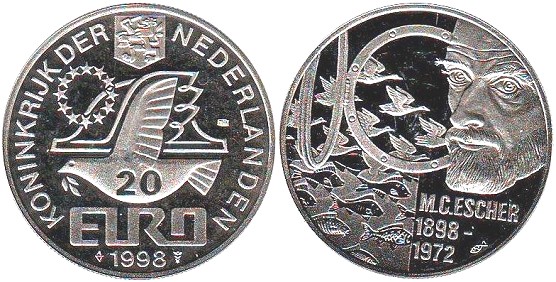 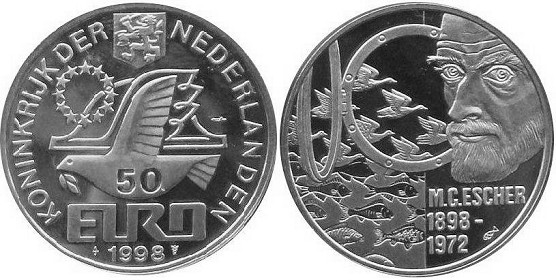 ECU (European Currency Unit) used as the unit of account of the European Community before being replaced by the euro on 1 January 1999, at parity. Although, ACU was cacheless unit, some coins and bond were issued. One of them with part of Escher's artwork "Day and Night" you can see below. 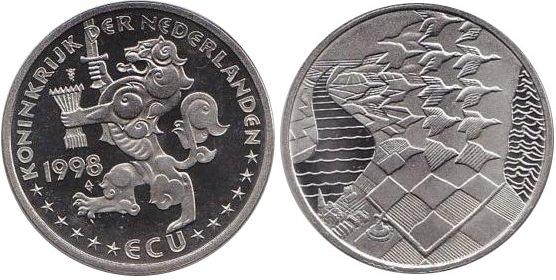