Idea of this cartoon is based on Escher's artwork "Relativity". Instead of faceless puppets from the original artwork, we see medical workers here.

It was published in November, 2004 http://www.kirktoons.com/november_2004/cartoons.html after USA president elections.

Kirk’s cartoons have appeared in the New York Times, Washington Post, Los Angeles Times, Newsweek, USA Today, and hundreds of other newspapers and magazines throughout the U.S., Britain, Canada, and other countries. 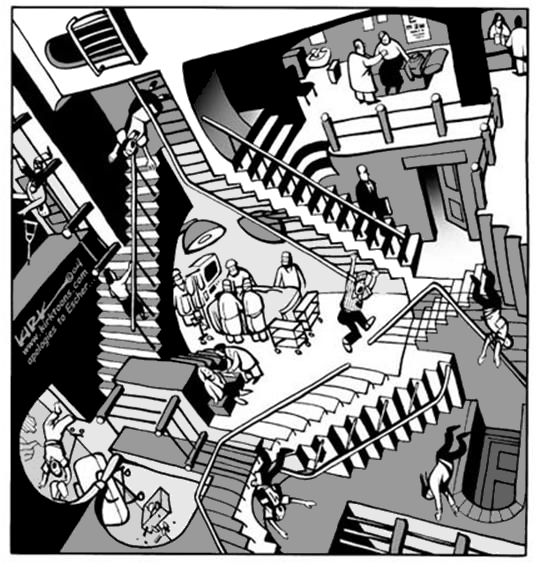