Martin Rowson (born 15 February 1959) is a British cartoonist and novelist. His genre is political satire and his style is scathing and graphic. His work frequently appears in The Guardian and The Independent. He also contributes freelance cartoons to other publications, such as The Daily Mirror and the Morning Star. 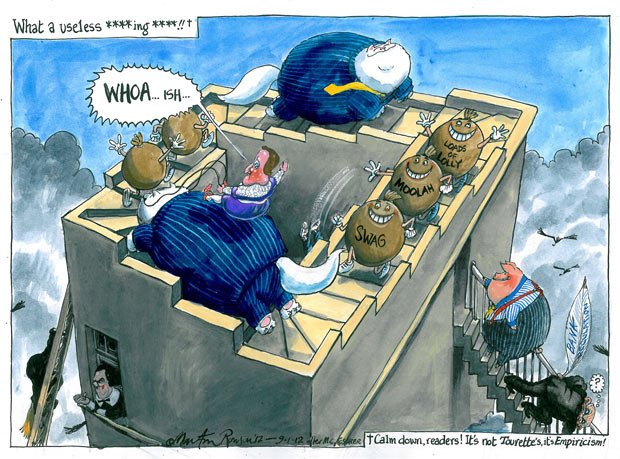 The image was found at http://www.guardian.co.uk/commentisfree/cartoon/2012/jan/08/martin-rowson-david-cameron-cartoon