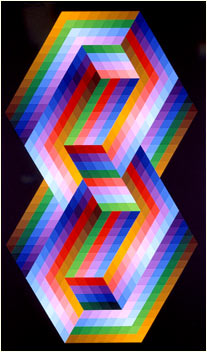 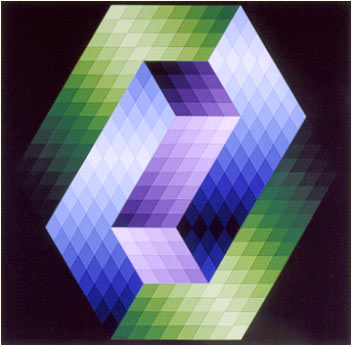 Vasarely is widely regarded as the father of Op-Art. He is a great master of 20th century art. His paintings are in the permanent collections of the world's major museums. During the 1960's and 70's his optical images became part of the popular culture, having a deep impact on architecture, computer science, fashion, and the way we now look at things in general. Even though he achieved great fame during his lifetime he insisted on making his art accessible to everyone. 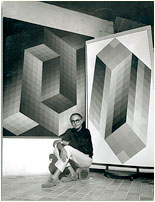 Victor Vasarely was born in 1906 in Pécs (Hungary). During 1927-1929 he was studing at Alexandre Bortnyik's Academy in Budapest. Later he settled in Paris and began to work as a graphic artist for various advertising agencies. In 30's he began devolop his own plastic graphic style. At the end of 40's after a period of figurative expression, he decidedly opted for a constructivist and geometric abstract art, giving special attention to perspective. He had experiments with the use of transparencies and color projections. During all his life his artworks had been exhibited in many galleries the world. He delivered lectures in New York and was named Honorary Citizen of the City of New York There were opened Vasarely Museums in Hungary and France. The French-Soviet team of cosmonauts of the "Soyuz 7" transported into space 154 Vasarely prints specially created for such event. He died in 1997 in Paris at the age of 91. 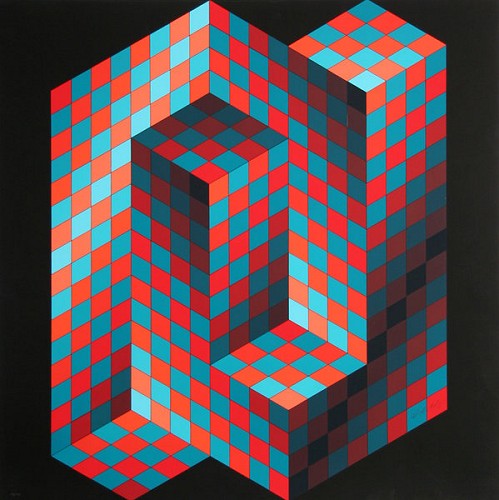