John D. Barrow
"Impossibility: The Limits of Science and the Science of Limits"

John Barrow is increasingly recognized as one of our most elegant and accomplished science writers, a brilliant commentator on cosmology, mathematics, and modern physics. Barrow now tackles the heady topic of impossibility, in perhaps his strongest book yet.

Writing with grace and insight, Barrow argues convincingly that there are limits to human discovery, that there are things that are ultimately unknowable, undoable, or unreachable. He first examines the limits on scientific inquiry imposed by the deficiencies of the human mind: our brain evolved to meet the demands of our immediate environment, Barrow notes, and much that lies outside this small circle may also lie outside our understanding. Barrow investigates practical impossibilities, such as those imposed by complexity, uncomputability, or the finiteness of time, space, and resources. Is the universe finite or infinite? Can information be transmitted faster than the speed of light? The book also examines the deeper theoretical restrictions on our ability to know, including Gödel's theorem. Finally, having explored the limits imposed on us from without, Barrow considers whether there are limits we should impose upon ourselves. For instance, if the secrets of the atom are to be found only by recreating extreme environments at great financial cost, just how much should we devote to that quest?

Weaving together this intriguing tapestry, he illuminates some of the most profound questions of science, from the possibility of time travel to the very structure of the universe.

You can read fragments of the book at the Google Book Search http://books.google.ru/books?id=0jRa1a4pD5IC 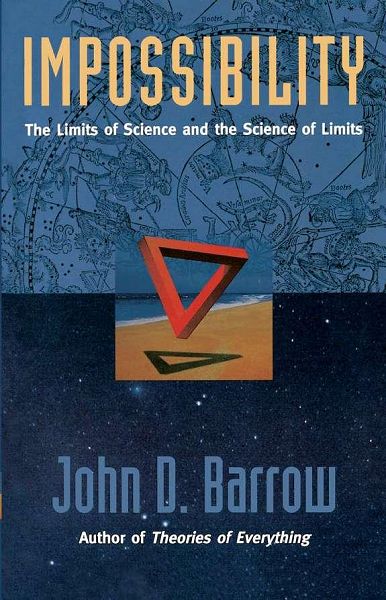