The story of Nicholas Mosley's "Impossible Object" is very close related to shape of the impossible triangle, therefore it was depicted on the cover. It entered to the shortlist of the 1969 Man Booker Prize. Cover design by John Walters.

Synopsys: Through the lives of a couple observed by different narrators, the eight artfully interconnected stories of Impossible Object explore the notion, exemplified by the controlling symbol of 'the triangle that can exist in two dimensions but not in three', that life can never be realised, except in recognition of the impossibility of attaining it. 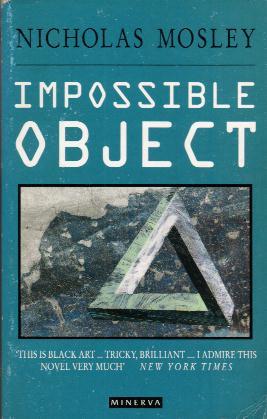