Alpha Flight is a fictional superhero team published by Marvel Comics, noteworthy for being one of the few Canadian superhero teams. The team first appeared in X-Men #120 (April 1979). Within the Marvel Universe, Alpha Flight is described as "Canada's answer to the Avengers."

We can see inspirations of Escher's Relativity on cover of one issue of this comic series. 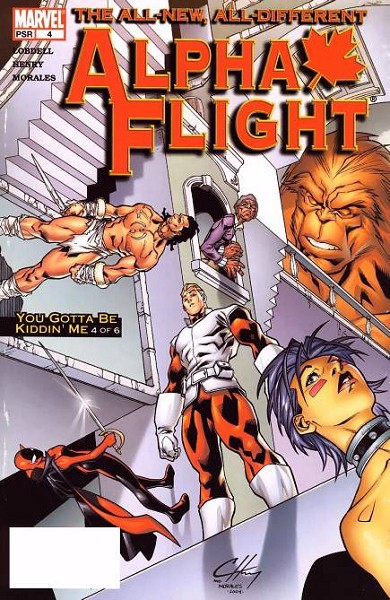