Electric Warrior is an American comic book series, published by DC Comics in 1986 and 1987. Set outside the continuity of the DC Universe, the series was written by Doug Moench with artwork provided by Jim Baikie. A total of eighteen issues were published.

The series in set in a future where the rich (Elites) live in luxury, their lifestyles supported by an array of cybernetic devices and robots, while the poor (Zigs) are forced to struggle for their existence in the lower levels of the city. When one of the robot policemen, known as the Electric Warriors, or Leks, develops self-awareness, it begins to question the correctness of the social order and decides to help the Zigs. 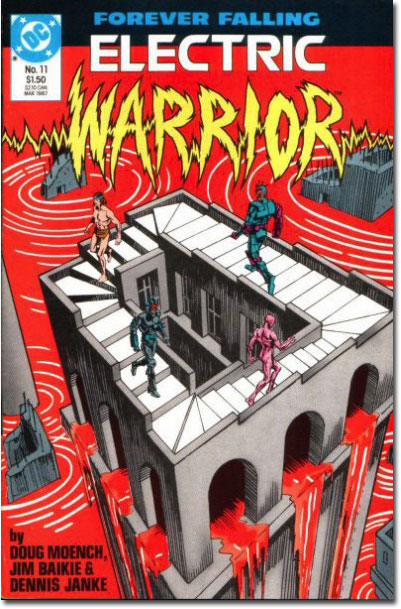