Little Nemo is a fictional character created by American cartoonist Winsor McCay. Nemo was originally the protagonist of the comic strip Little Nemo in Slumberland, which was published in first half of XX century. The full-page weekly strip depicted Nemo having fantastic dreams that were interrupted by his awakening in the final panel.

In 2014 the comics series about Little Nemo was revived under name Little Nemo: Return to Slumberland. You can see Escher inspired scene on cover of 3rd issue, which is presented below. 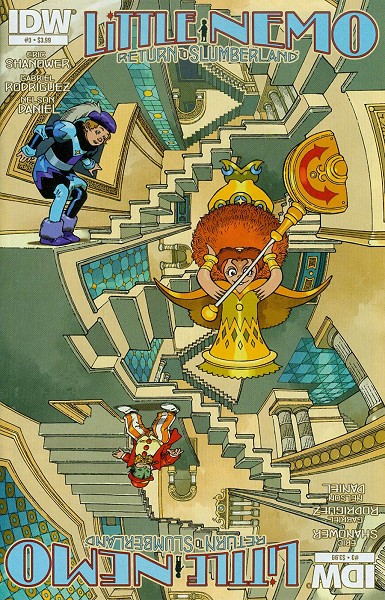