Regular Show is a series of comics, which is based on animated TV series of the same name.

The series revolves around the lives of two friends, a blue jay named Mordecai and a raccoon named Rigby - both employed as groundskeepers at a local park. Their regular attempts to slack off usually lead to surreal, extreme, and often supernatural misadventures.

The cover of 14th issue was inspired by Escher' artwork "Relativity". 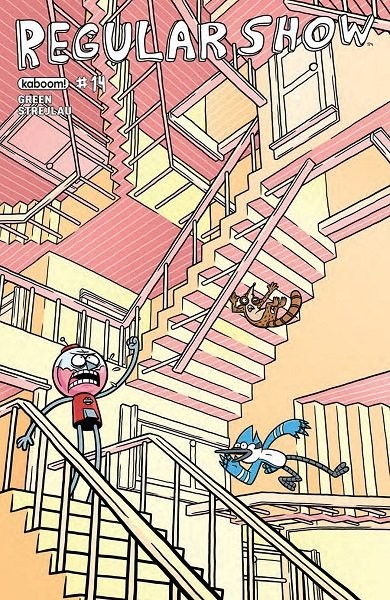 Regular Show #14
© Idea and design by Vlad Alexeev, 2001-2020. (impossible.world@gmail.com) | Privacy policy
If you have images of impossible figures that are not published in the site, please send them to me.