Gravity paradoxes like in Escher's artworks "Relativity" and "Another World II" are depicted on a cover of cover of Sovereign Seven (N11, 1996).

Sovereign Seven is a creator-owned American comic book series, created by Chris Claremont and Dwayne Turner, and published by DC Comics. The Sovereign Seven were a group of aliens from various planets exiled to Earth, where they battled various villains. 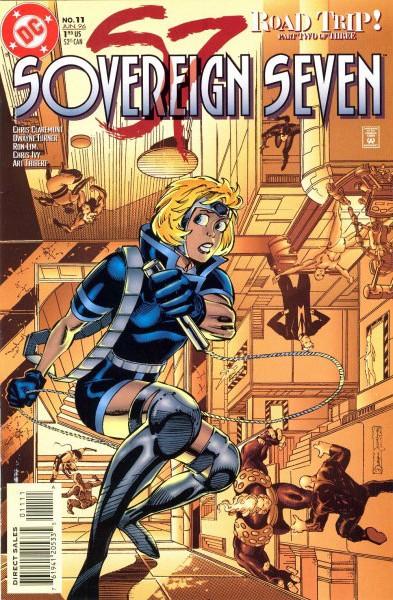