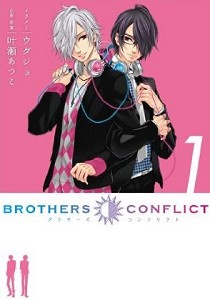 Brothers Conflict also known as BroCon, is a Japanese novel series created by Atsuko Kanase, written by Takeshi Mizuno and illustrated by Udajo. It has been adapted into two PlayStation Portable video games by Idea Factory, a yonkoma manga series and an anime television series. The 12-episode anime aired between July and September 2013.

Ema Hinata is the daughter of the famous adventurer Rintaro Hinata. One day, Ema finds out that her dad is going to remarry with a successful apparel maker named Miwa Asahina. Rather than bothering them, she decides to move in to the Sunrise Residence complex that is owned by Miwa. From there, she discovers that she has 13 step-brothers.

In the 8th episode of the anime TV series there's a room, which was inspired by Escher's Relativity and House of Stairs. The room was too large to fit into single frame, but several frames merged into single image show the room as a whole. 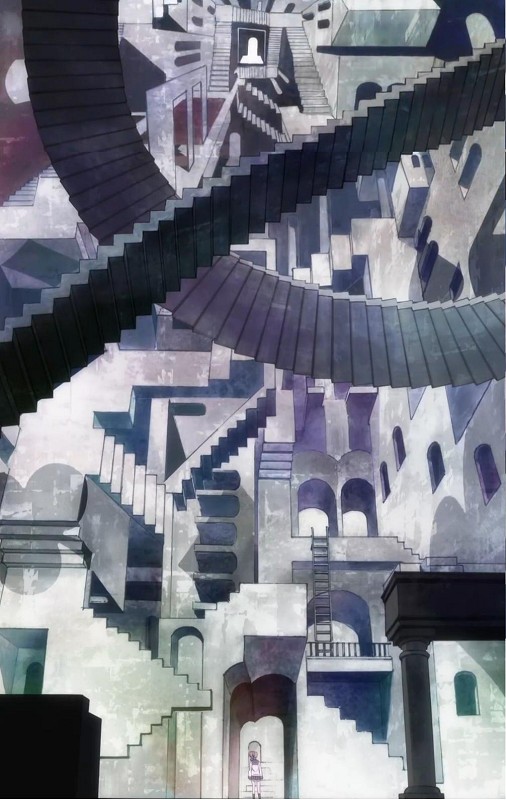