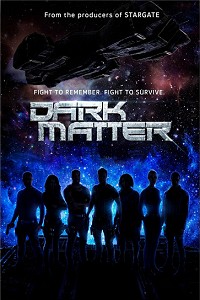 Dark Matter is a Canadian science fiction series, which is based on the comic book of the same name.

A group of six people with no memory of who they are and where they came from wake up on a starship. Naming themselves "One" through "Six" in order of their awakening, they stabilize their vessel and begin trying to figure out what happened to them.

In 6th episode Five sees in her dream past of Four, when he was a heir of powerful dynasty, emblem of which contains impossible cube. The impossible cube is used in banners, wall decorations and clothes. 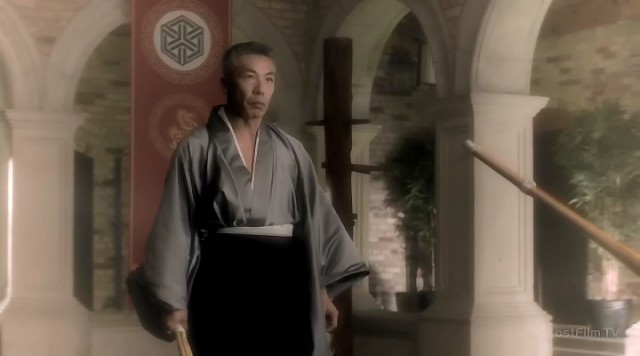 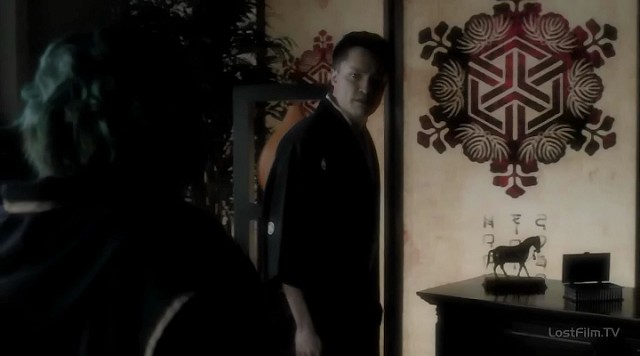 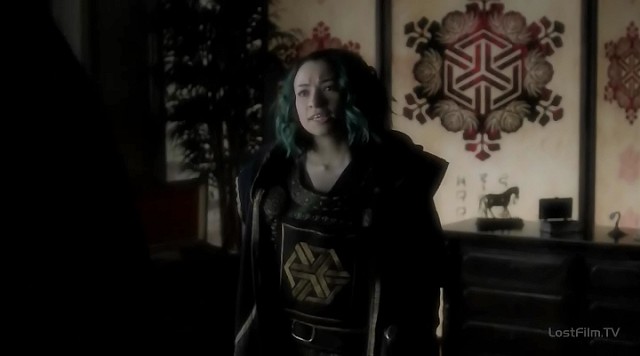 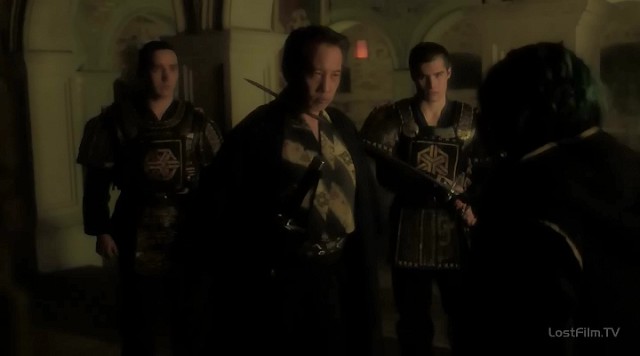