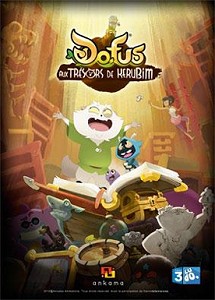 Dofus aux Trésors de Kérubim is a French animated TV series, which was first shown in 2013.

The film is set 200 years before the events described in the game Dofus. It recreates the atmosphere of the game, known for its colorful form and humorous language.

In episode 24 there's room, which interior was inspired by Escher's artwork "House of Stairs". The image of this room, which was created from series of subsequent frames, is presented below. 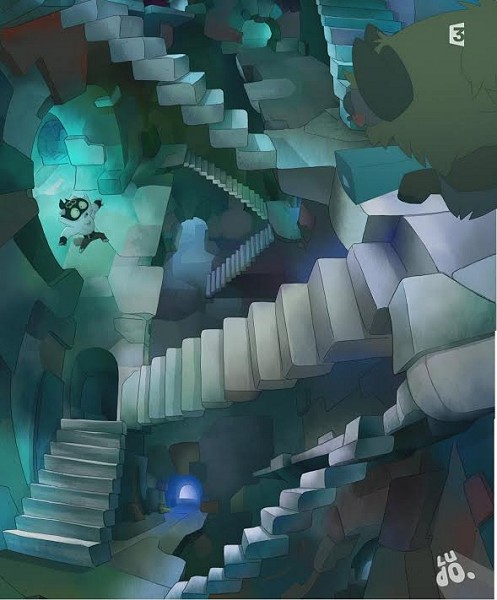