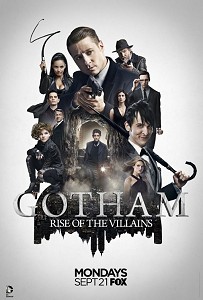 Gotham is an American crime television series, based on characters published by DC Comics and appearing in the Batman franchise, primarily those of James Gordon and Bruce Wayne. The series is a straightforward story of Gordon's early days on the Gotham City Police Department.

In episode 17 of the first season we see a logo of Gotham City Bank, which consist of trefoil knot interconnected with circle impossible way. 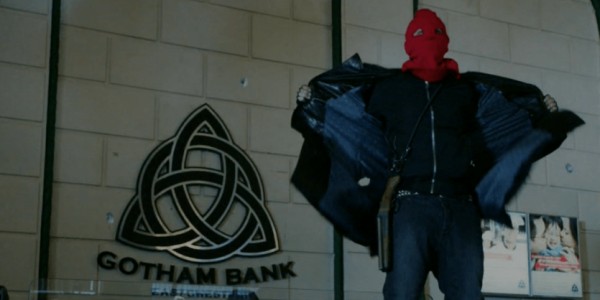