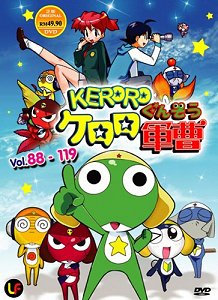 Sgt. Frog, known in Japan as Keroro Gunso, is a manga series by Mine Yoshizaki. It was later serialized into an anime TV series. Both the anime and manga are comedies that follow the attempts of a platoon of frog-like alien invaders to conquer Earth. Sergeant Keroro, the titular character, is the leader of the platoon, but is at the mercy of a human family of three after he is captured while trying to hide in one of the family member's bedrooms. In both the manga and anime, Keroro is forced to do meaningless chores and errands for the family after his army abandons his platoon on Earth. The platoon has many failed attempts at taking over Earth.

In episode 63 of TV series Keroro reconstructed one room of the family's house, so it became like Escher's Relativity.

Below, you can see two frame from the episode and a merged image of several frames, which show the room entirely. 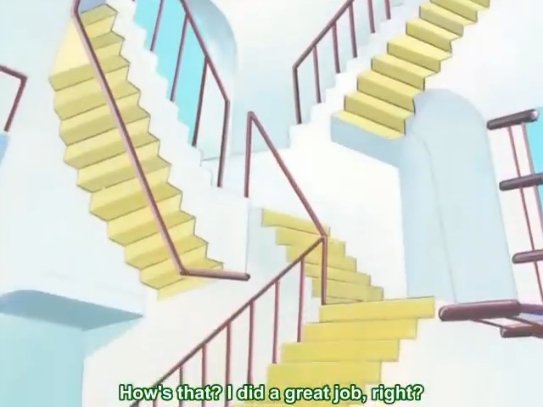 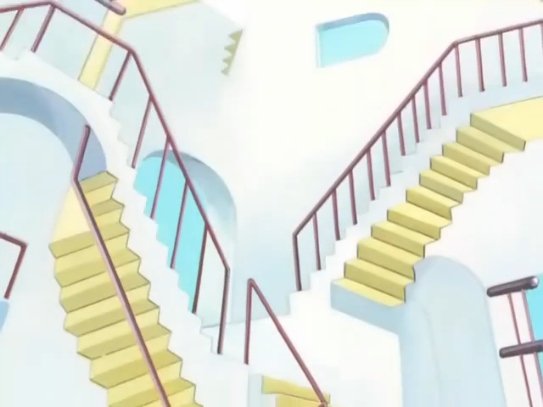 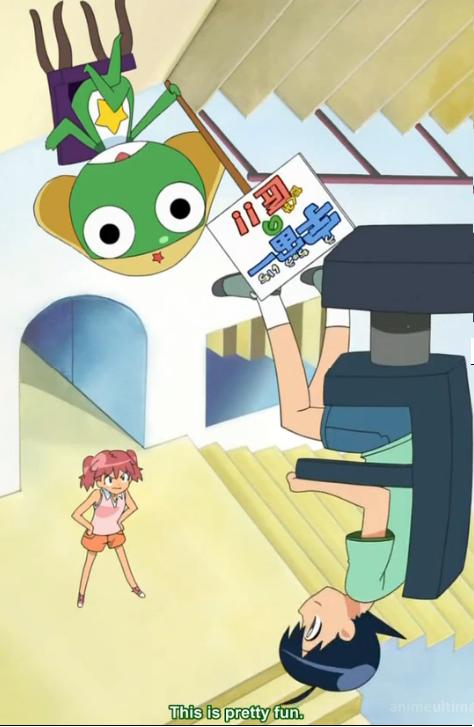 You can see the whole episode at http://www.goodanime.net/keroro-gunso-68-keroro-gunso-episode-68