My Life As A Teenage Robot 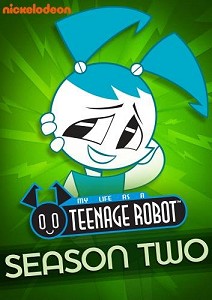 In 11th episode of the 2nd season "Around the World in Eighty Pieces" Jenny was broken to many pieces, which were skattered arond the world. In search of them, her friends come to a castle, in which gravity laws were broken like in Escher's Relativity. See screenshot below. 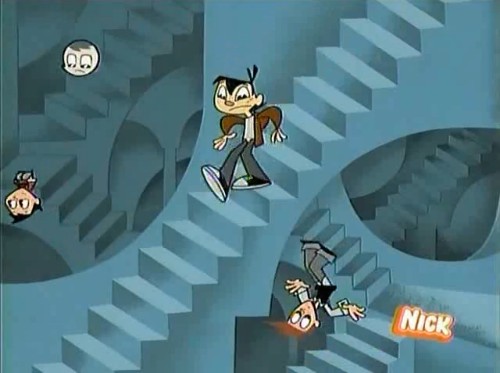