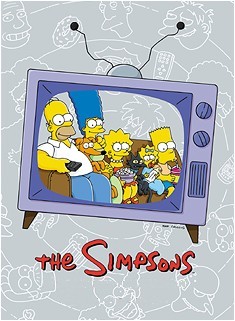 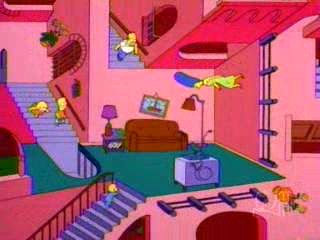 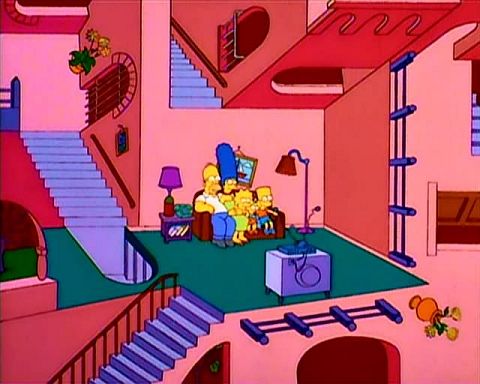 The image was found at
http://www.planetperplex.com/en/img.php?id=314

In episode "Treehouse of Horror VIII" the Simpson family is looking around a nerd's garage sale, and Lisa picks up an impossible object for sale, while saying "If I were a nerd, I'd be in heaven!". 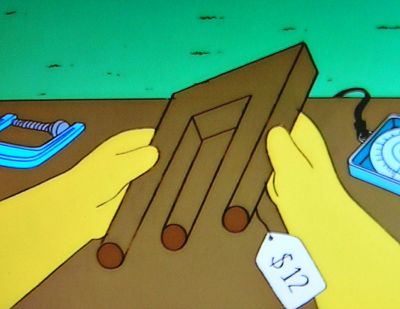 Here, there are two parodies of a huge collection of parodies of worldwide known artworks with Simpsons. They show us Simpsons on the Escher's endless staricase. The full set of parodies can be found here. 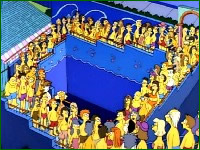 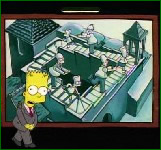 The Simpsons Movie is a 2007 American animated comedy film version of the animated television series The Simpsons.

During the story Homer meet Inuit shaman. Homer has epiphany, in which he see himself falling down the stairs. The screenshot from the scene is represented below.