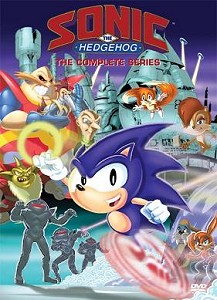 In episode 04 of the 2nd season "Blast to the Past, Part 1" Sonic and Dulcy find themselves in a palace, where stairs constantly change directions. It reminds Escher's artwork "House of Stairs". You can see screenshots below. 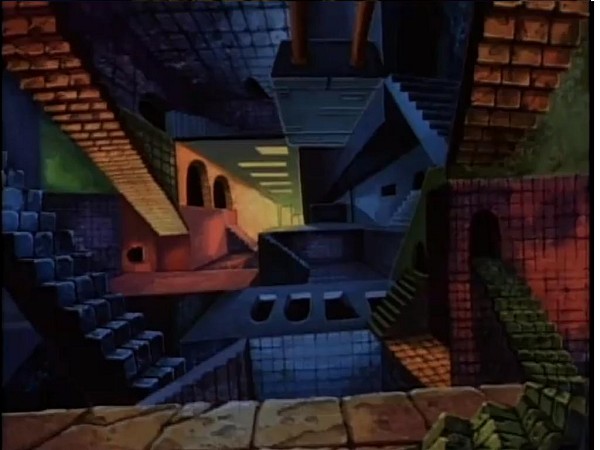 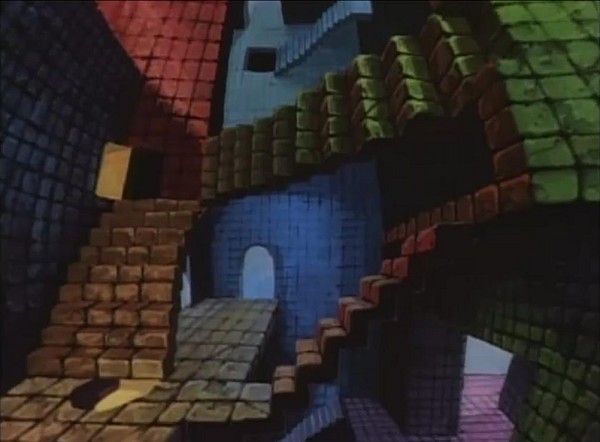 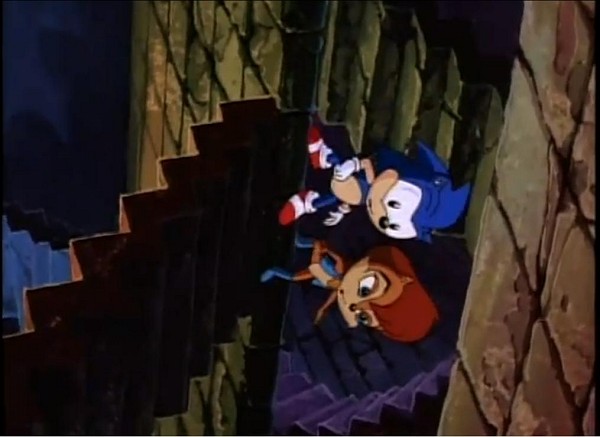 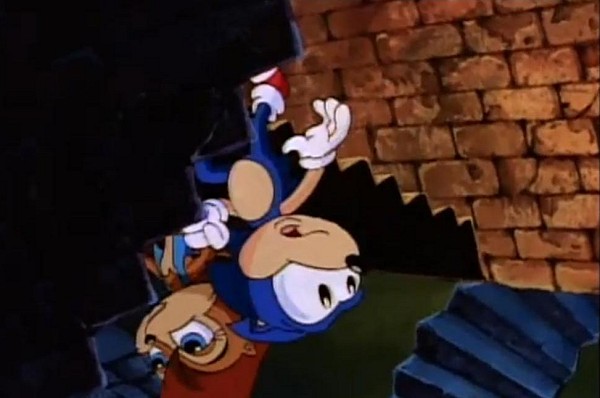 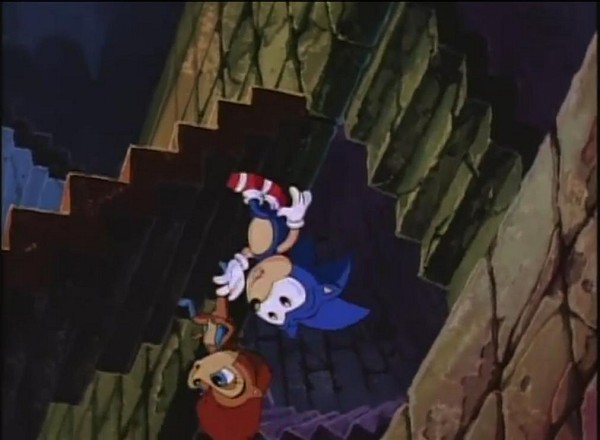