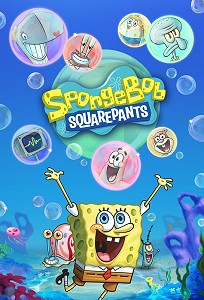 SpongeBob SquarePants is an American animated comedy television series created by marine science educator and animator Stephen Hillenburg for Nickelodeon. The series chronicles the adventures and endeavors of the title character and his aquatic friends in the fictional underwater city of Bikini Bottom.

In the episode 213a "The Getaway" the head of SpongeBob transforms into construction, which reminds Escher's Relativity. 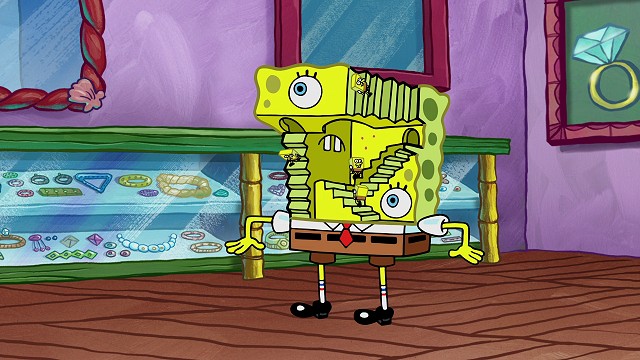