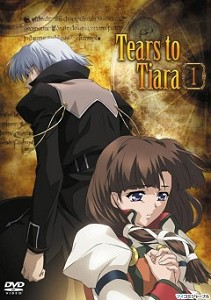 Tears to Tiara is an anime series adapted from the PlayStation 3 remake of the same title.

The story is set in a world based on British, Celtic & Roman mythology during the Dark Ages. The series follows the adventures of demon lord Arawn, who has been resurrected since his death 1,000 ago by Drwc, a priest from the Divine Empire. Offering a girl named Riannon, a descendant of the Elf King Pwyll as a sacrifice, Drwc plots to use Arawn's powers for world domination. However, Arawn refuses the sacrifice and kills Drwc instead, thwarting his plans. Grateful for saving her, she makes him her husband and Chief of her people, the Gael Tribe. Together with Arthur, Riannon's older brother and The tribe's First Warrior and Ogam, a wizard and an old friend of Arawn and the siblings, Arawn leads the tribe along with a group of warriors who follows them against the Empire who plans to destroy all those who oppose them.

In 1st episode of the 1st season we see a figure, which presents two impossibly connected squares. 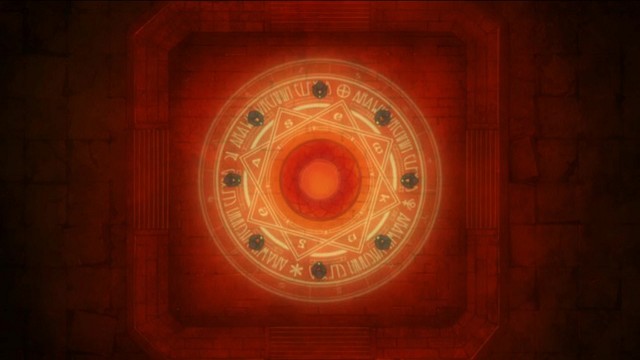 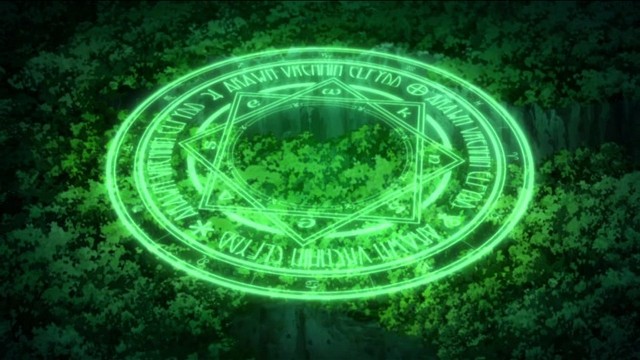 Also, in 11th episode of the 1st season we see impossible pillars in architectural constructions. 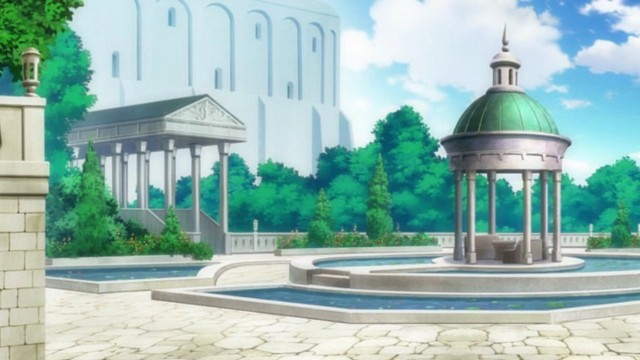