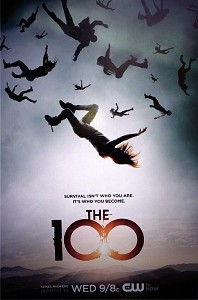 The 100 (pronounced The Hundred) is an American post-apocalyptic science fiction drama television series.

The series is set 97 years after a devastating nuclear apocalypse wiped out almost all life on Earth. The only known survivors lived on twelve space stations in Earth's orbit prior to the apocalyptic event. The space stations banded together to form a single massive station called "The Ark". After the Ark's life-support systems are found to be critically failing, 100 juvenile prisoners are declared "expendable" and sent to the surface – near former Washington, D.C. – in a last ditch attempt to determine whether Earth is habitable again, in a program called "The 100".

In the 4th season Jasper Jordan was wearing in a ball cap with impossible triangle on it. 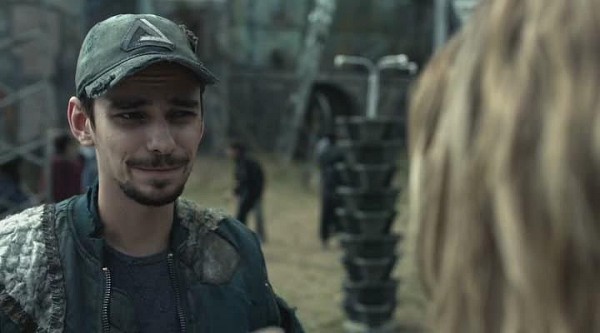