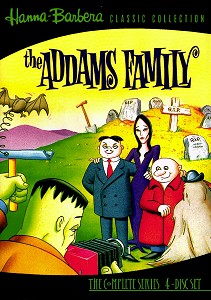 The Addams Family is an American animated series based on the eponymous comic strip characters and the second Addams Family Cartoon. It ran from 1992 to 1993 on ABC and was produced by Hanna-Barbera. The series' development began in the wake of the successful 1991 Addams Family feature film. Two seasons were produced.

There's a room in style of Escher's Relativity in the intro song. 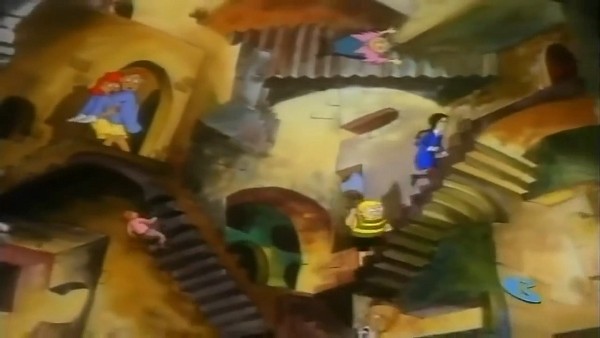 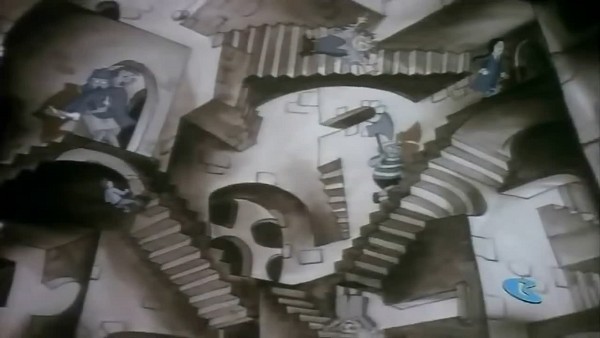