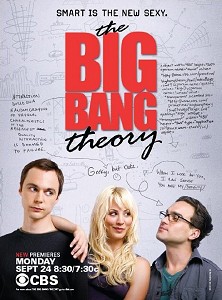 The Big Bang Theory is an American sitcom, which was premiered on CBS in 2007.

The show is centered on five characters living in Pasadena, California: roommates Leonard Hofstadter and Sheldon Cooper, both physicists; Penny, a waitress and aspiring actress who lives across the hall; and Leonard and Sheldon's equally geeky and socially awkward friends and co-workers, mechanical engineer Howard Wolowitz and astrophysicist Raj Koothrappali. The geekiness and intellect of the four guys is contrasted for comic effect with Penny's social skills and common sense.

In season 4 episode 11 Shelodon is wearing a blue t-shirt with penrose triangles on it. Screenshots from the episode are presented below. 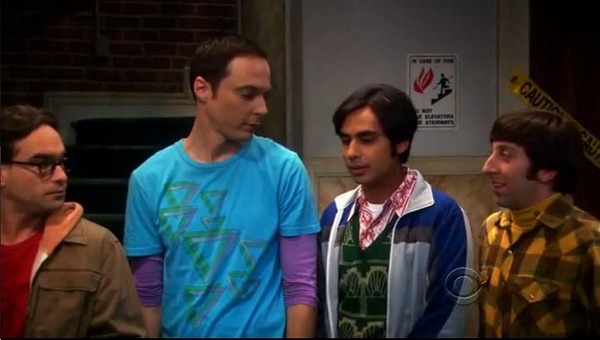 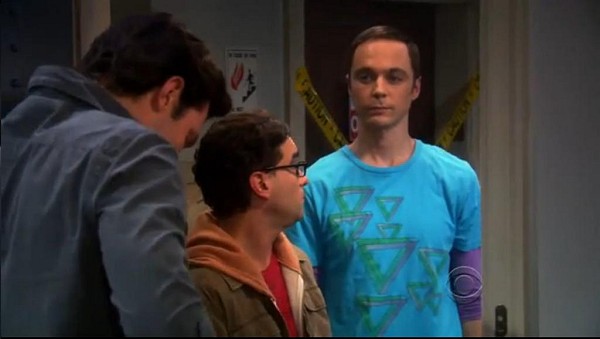 You can buy this T-shirt here. This design was created by KDGrafx. 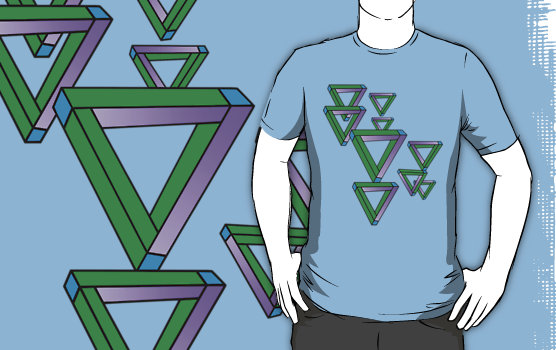 Along with the previous T-shirt Sheldon also wear another ones with other impossible figures. 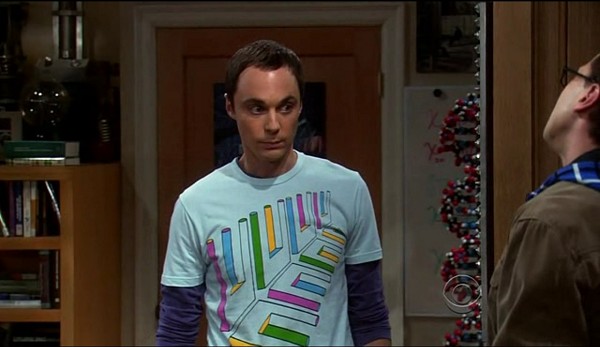 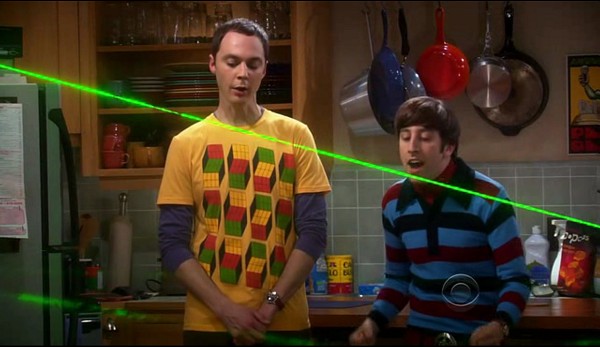