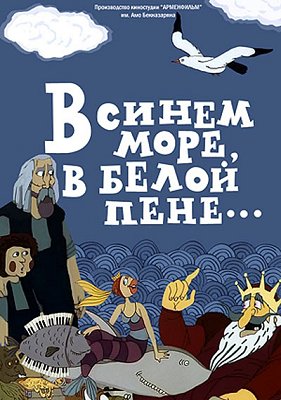 Animation film "V sinem more, V beloy pene... " ("Somewhere in the blue sea, somewhere in the white foam...") was created in Armenfilm (Armenia) in 1984. It show a tale about young boy, who free The King of the Sea from an old jug. Then the King kidnap the boy and force him to stay at the bottom of the sea. But boy outwit the King and incarcerate him back to the jug.

There's a scene in the film with breach of perspective, when The King operate with objects, which are far away from him, like they are near. Below, you can see several screenshots from the scene. 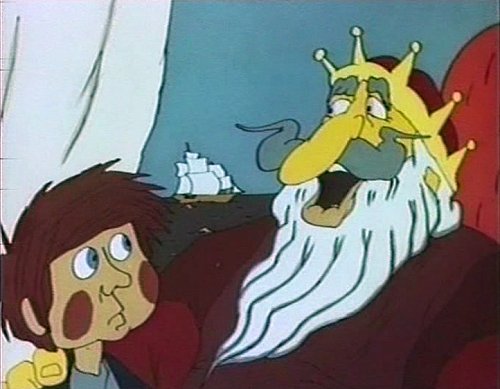 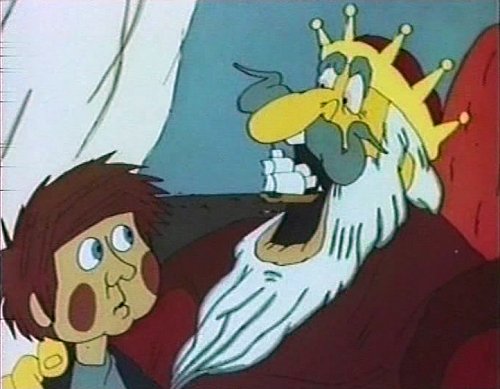 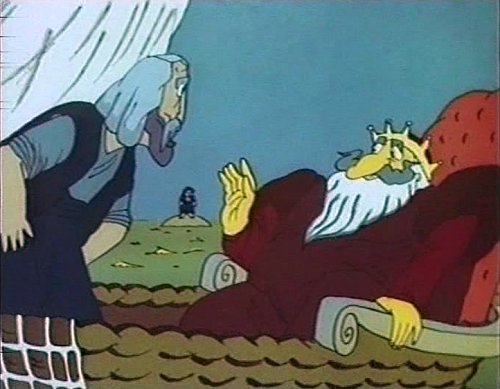 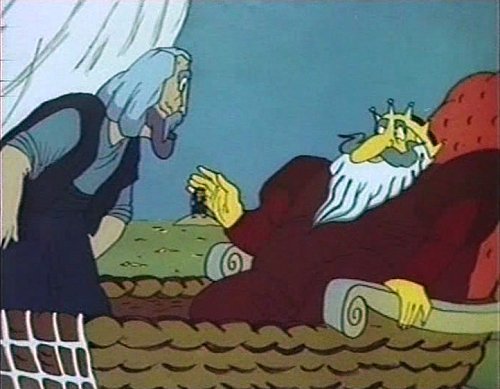 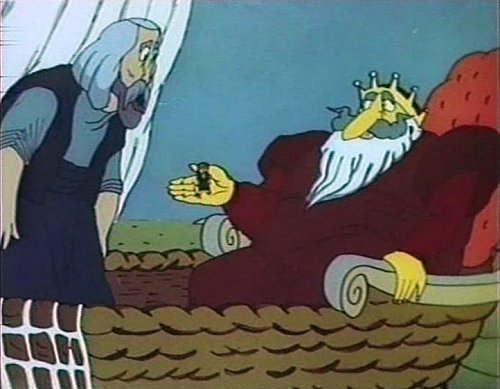