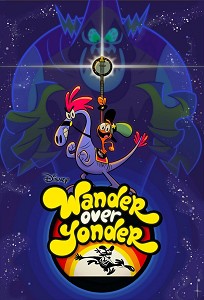 Wander Over Yonder is an American animated television series. It follows Wander and his best friend and steed Sylvia. Adventurous and optimistic, Wander rides across the galaxy to help persons live freely, against the intentions of Lord Hater to rule the universe.

In episode 20 of the 2nd season there's a room, which reminds Escher's Relativity. Below, you can see a screenshot from the episode and a two images, which were created by merging several frames. 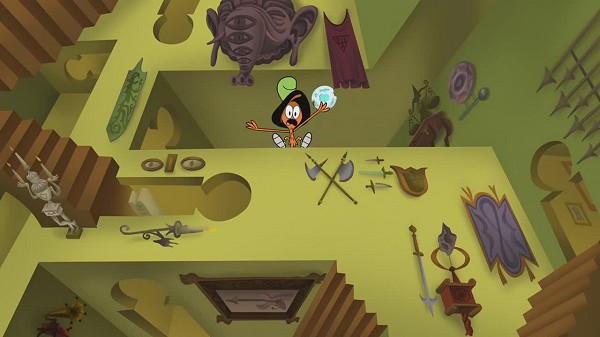 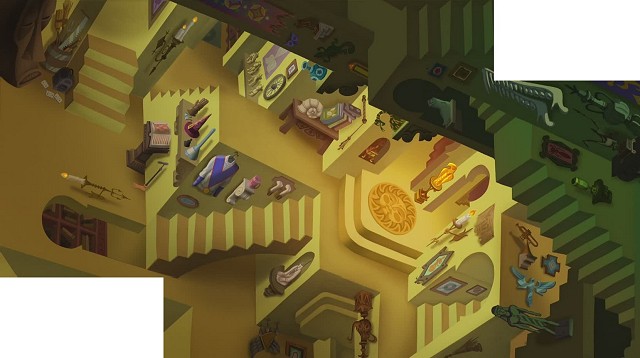