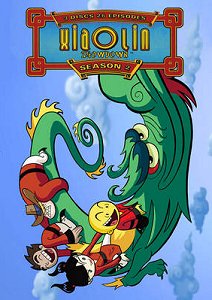 Xiaolin Showdown is an American animated TV series that aired at Kids WB. Set in a world where martial arts battles and Eastern magic are commonplace, the series follows four young warriors in training that battle the forces of evil. A young Xiaolin monk named Omi with a giant yellow head leads a trio of other students to collect powerful items known as Shen Gong Wu while battling the evil Jack Spicer who is also after the artifacts.

In the end of the first episode of the second season (S02E01 Days Past) Omi finds yourself in a place with many Esches influences. You can see interpretations of such artworks as "Relativity", "House of stairs", "Ascending and descending" and "Waterfall". 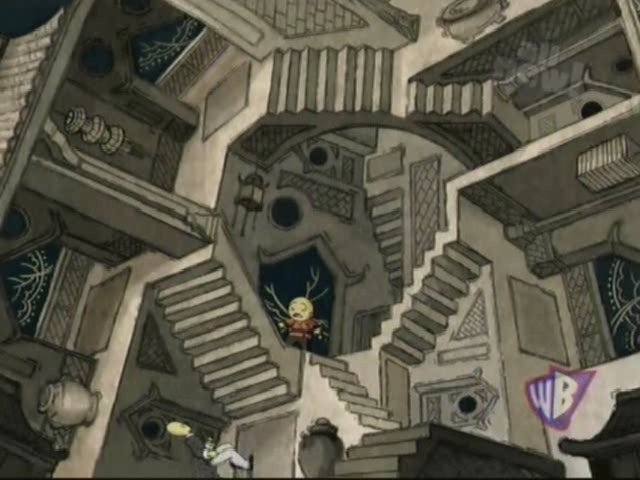 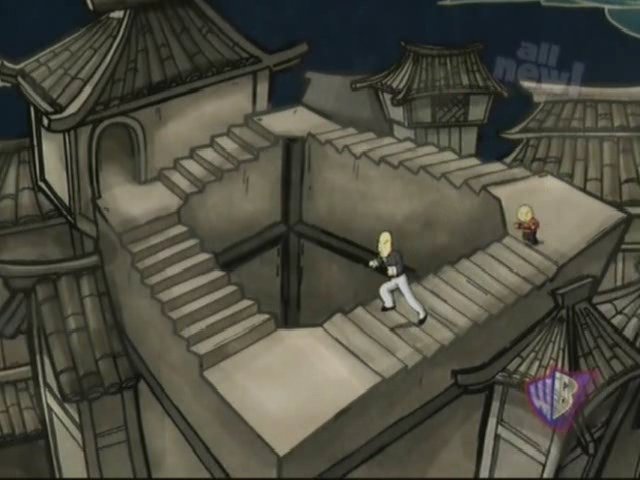 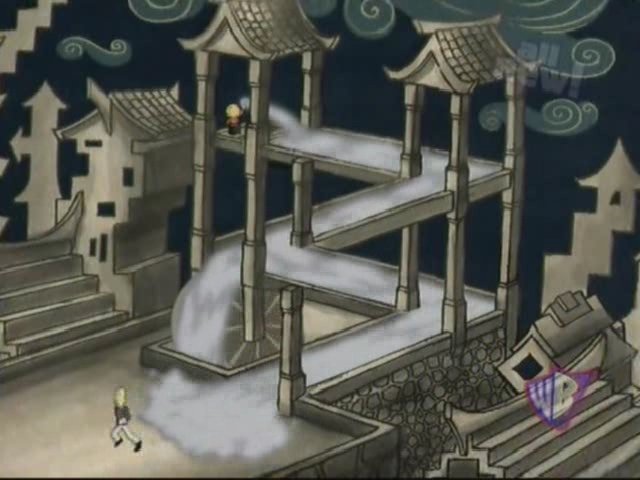 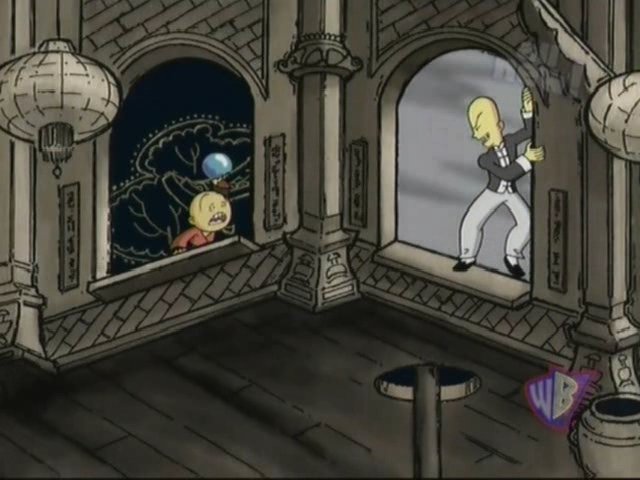