Dante's Inferno is a 2010 action-adventure video game developed by Visceral Games and published by Electronic Arts for the Xbox 360 and PlayStation 3 consoles. The story is based on Inferno, the first canticle of Dante Alighieri's Divine Comedy, and shares many similarities with the epic poem. The game follows the exploits of Dante (reimagined as a Templar knight) as he journeys through the nine circles of Hell to reclaim the soul of his beloved Beatrice from the hands of Lucifer.

In one of levels we see a puzzle construction, which was inspired by Escher's artwork "Another World II". There are gravity paradoxes in this location. Below, you can see a screenshot from there. 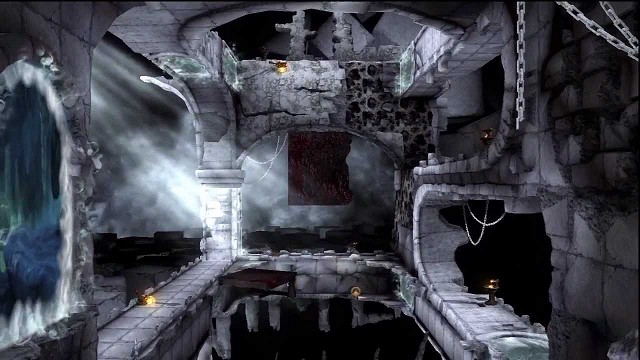