Day of Defeat: Source is a team-based first-person shooter multiplayer video game developed by Valve Corporation. The game is set in World War II, specifically the European Theatre in the year 1944. Players choose to join the forces of either the United States Army or the German Wehrmacht and compete against each other in a variety of game modes.

There are many custom maps were developed for this game. One of them, which was created by roadagent, was inspired by Escher's Relativity. 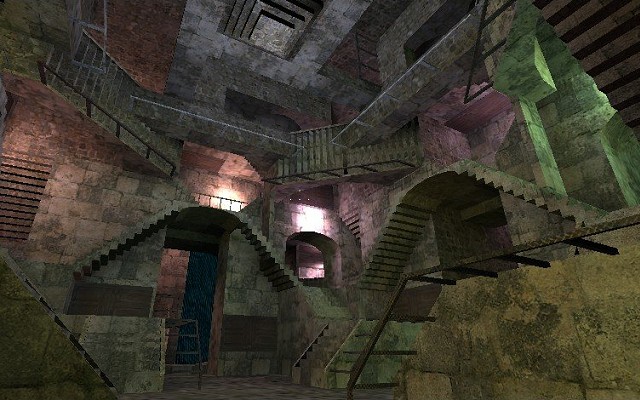 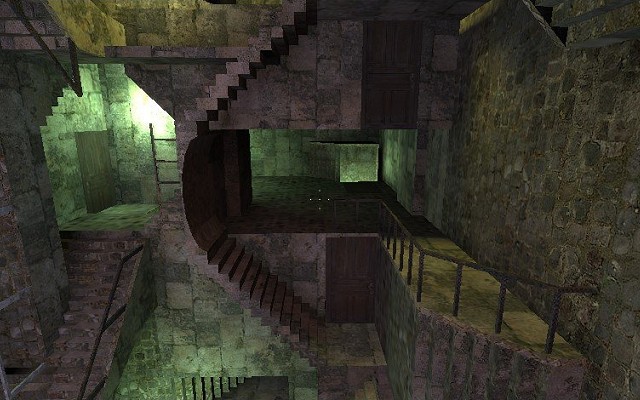 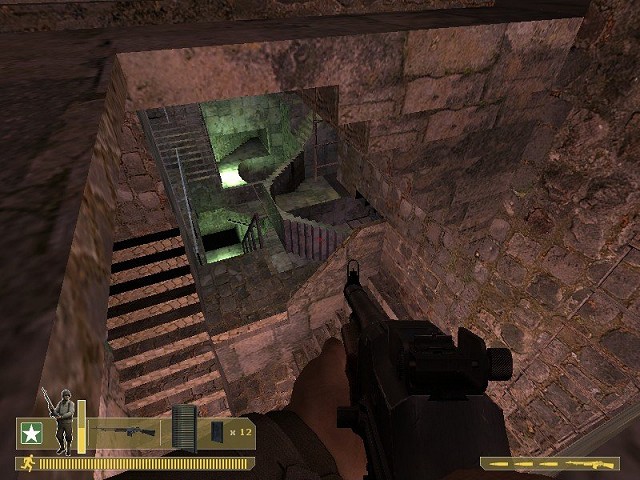 Images were found at http://dods.gamebanana.com/maps/66486.