Final Fantasy is one of the oldest Japanese RPG series of games. The sixth part was released in 1994. Set in a fantasy world with a technology level equivalent to that of the Second Industrial Revolution, the game's story focuses on a group of rebels as they seek to overthrow an imperial dictatorship.

There's location in the game, where player walk by impossible constructions. Several screenshots are represented below. 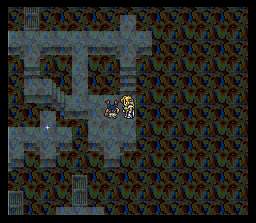 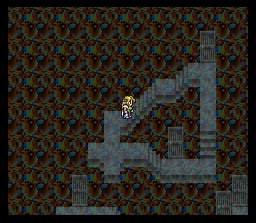 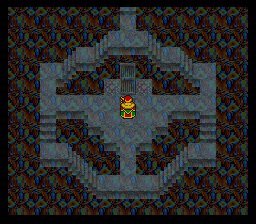 Some images were found at http://shrines.rpgclassics.com/snes/ff6/walkthrough/walkr12.shtml