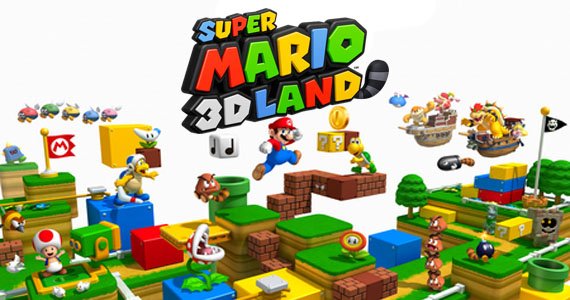 Super Mario 3D Land is a platform game in the Super Mario series developed for the Nintendo 3DS. The game was released in 2011. It is unique from other games in the Mario series, as it combines elements from both traditional 2D Mario side-scrolling games and modern free-roaming 3D Mario games.

There's impossible figures in a one level of the game. Thes screenshot from the game is presented below. 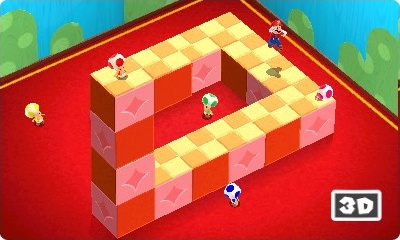