The Labyrinth of Time 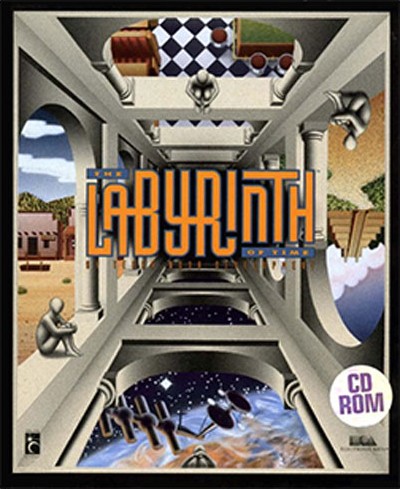 The CD cover of the game contains a construction from Escher's artwork "Another World". There's also Sierpinsky triangle at the Maze Center. 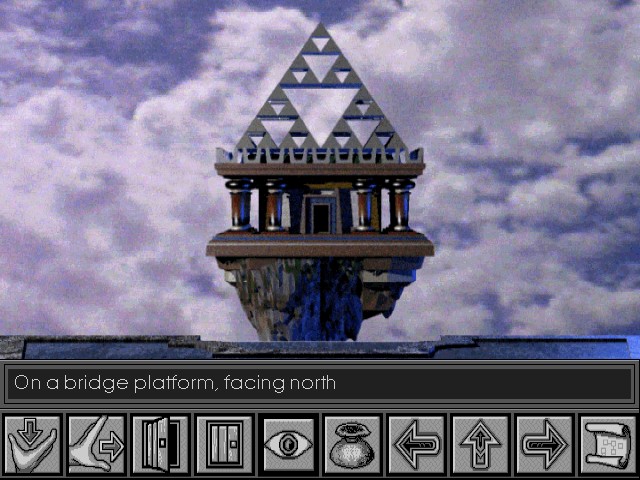