Ultima Online is one of the oldest graphical MMORG game, which was released in 1997 by Origin Systems. It was instrumental to the development of the genre, and is still running today. The game is played online, in a fantasy setting similar to that of the other Ultima games that preceded it. The success of Ultima Online opened the door for the creation of many new massively multiplayer games.

Players can build houses in the game. One of them with form of impossible waterfall is represented below. 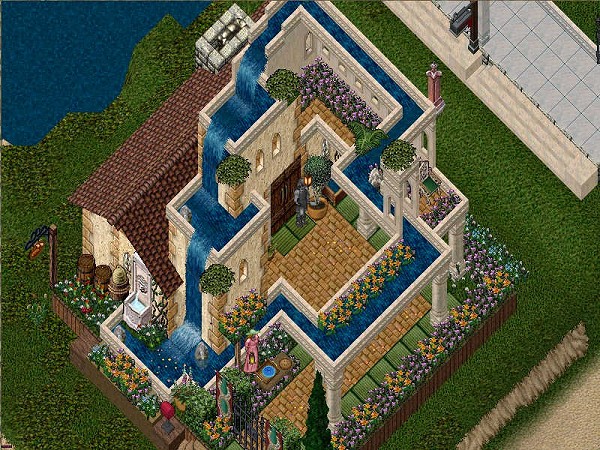