Finances are usually explained in water metaphors: money "flows", benefits from growth "trickle down" to the poor, capital "leaks" out of countries to tax havens...

From a first glance at this construction, most people will see a waterfall, in the very same way that most of the public in rich countries thinks there is an enormous flow of their tax contributions to poor countries, in the form of aid, loans, trade benefits and frequently talked about debt cancellations. If poverty still persists it must somehow be the fault of the poor people themselves or their governments.

Now look at the picture again. The water cascading down doesn't quite reach the poor... Instead it is diverted and - against all rules of logic - while always running down it still ends up at the top again in a futile cycle.

The illustration, inspired by the famous "Waterfall" etching by M.C. Escher, is a good metaphor for the current "global financial architecture".

The poster below contains many text. You can download full PDF from http://www.socialwatch.org/node/11932 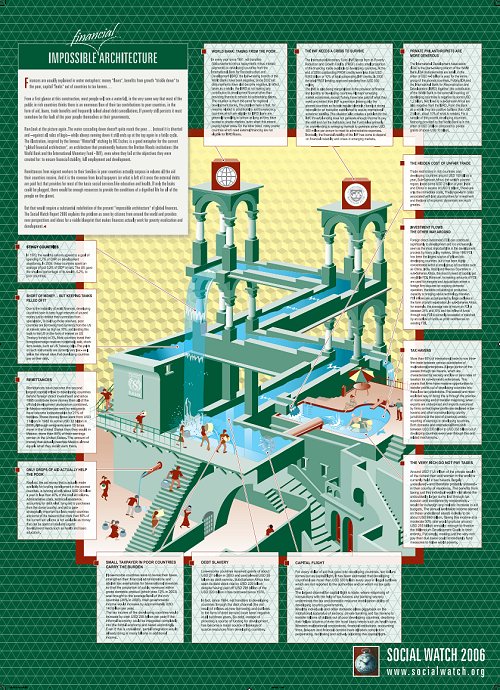