Kubuswoning, or cube houses, are a set of innovative houses built designed by architect Piet Blom in 1984, and built on Overblaak Street in Rotterdam in The Netherlands. Blom tilted the cube of a conventional house 45 degrees, and rested it upon a hexagon-shaped pylon. There are 32 cubes altogether, all attached to each other.

Moreover, this set of buildings looks like impossible figure from bird's-eye view as it seen in Google Earth. Special covered roofs of cubes looks like snow-covered mountain peaks.

Piet Blom (Feb 8, 1934, Amsterdam – Jun 8, 1999, Denmark) was a Dutch architect best known for his 'Kubuswonigen' buildings built in Helmond in the mid-1970s and in Rotterdam in the early 1980s. He studied at the Amsterdam Academy of Building-Arts as a student of Aldo van Eyck. (from Wikipedia http://en.wikipedia.org/wiki/Piet_Blom) 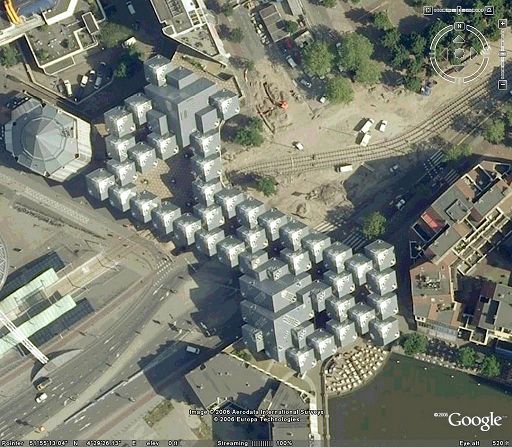 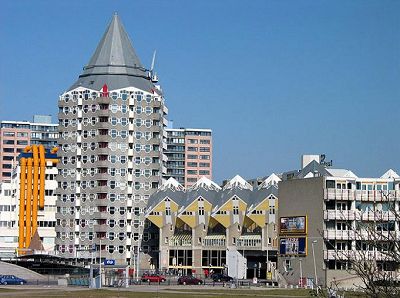 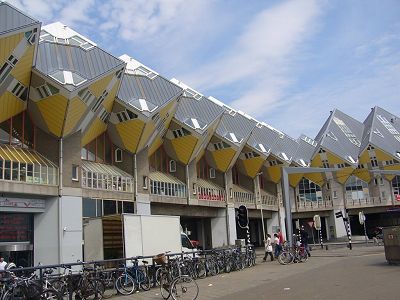 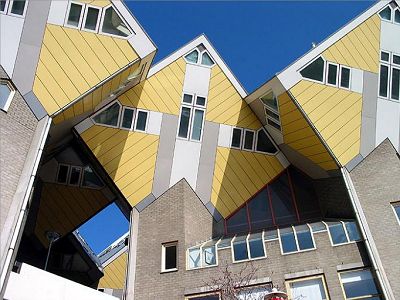 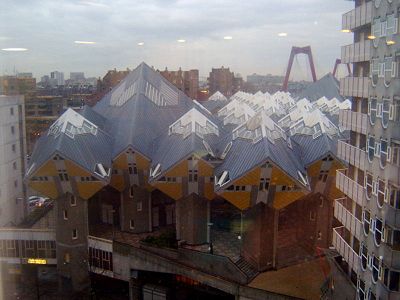