There are two impossible construtions in LEGO scene below. The first is the castle itself. It's towers are joined by impossible bridge. The second is the impossible arch before the castle.

This is real photo of LEGO sculpture without any Photoshop editing except background removal. There are two photos of the sculpture of the Castle of illusion, when it look like impossible construction and when all secrets of the constructions are revealed. 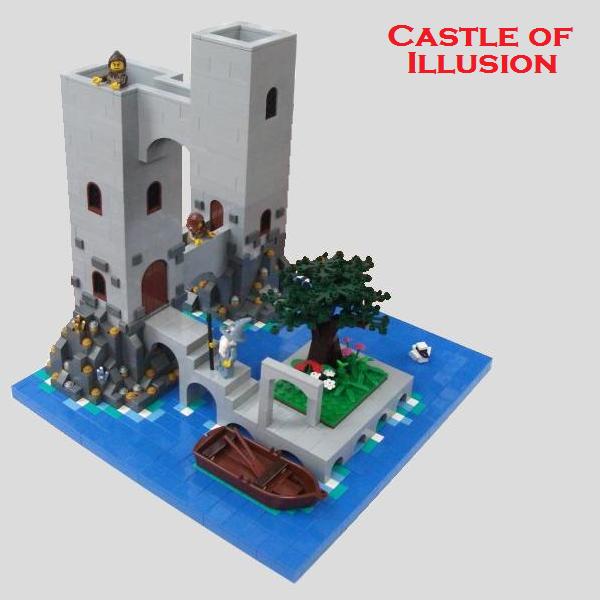 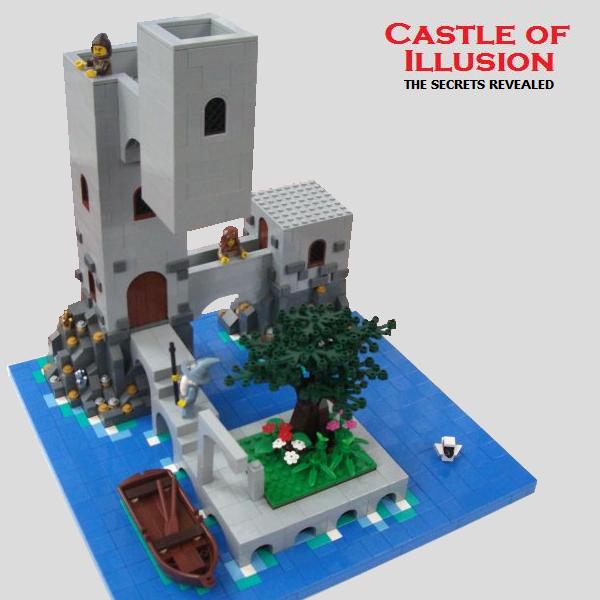 Images were found at: