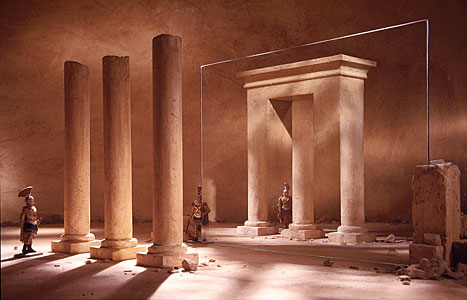 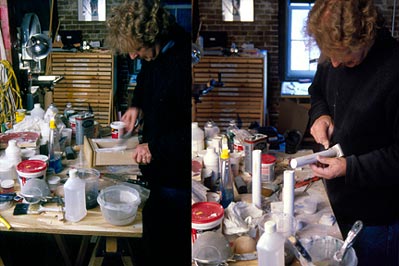 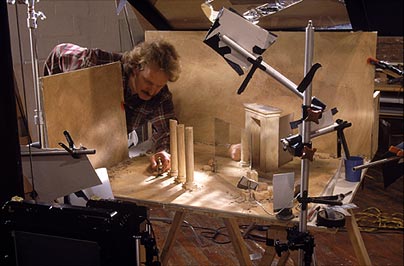 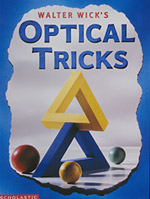 This is the second construction which Walter Wick created for his book "Optical Tricks". A square arch and three round columns were made of wood and covered with a thin layer of spackling compound to create a stone-like surface. Water-based paints were used to enhance the stone texture of the model, background surfaces, and rubble. A sheet of glass with a slightly reflective coating divides the set. Careful lighting hides some parts of the model and highlights others, resulting in the illusion of an impossible structure. The final scene as it appears in the book. The edges of the glass and the round columns on the left are clues to how the illusion works.

You can see other impossible constructions by Walter Wick in the previous page of this section and in the appendix for article "Impossible figures in the real world".