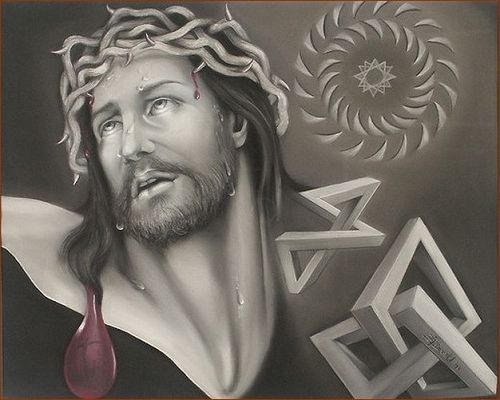 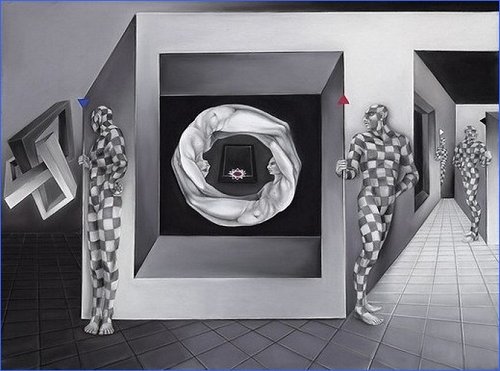 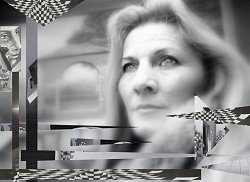 In June 2002  I thought to combine the inside and outside on paper and on the way there arose the hidden message:'what you see is what you know, what you don't know is thát what you see.' Most suitable would be stereography, because of the three dimensional inside effect. So instead of psychology it became stereography. The typically repeating dots or stripes that were put together as layers to get this effect seemed impossible in the beginning. But with a lot of patience I began to understand the distances and twists and within a couple of weeks I had a three-dimensional drawing on paper. Now it had to be turned into visible shapes. I chose black and white to get the whole of the inside and outside as two opposites, but still in balance with each other. Also the extra colour is important, because the subject what the painting is about, becomes more strengthened inthis way.

I will keep doing experiments wih lines and I will think up new methods that will make my paintngs even more complicated. The Latin is  part of the riddle that every single painting of mine has. 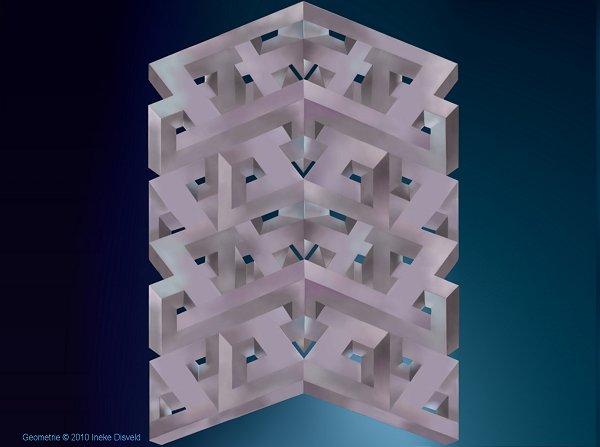 Construction of numbers and letters