It is generally possible to create a multibar illusion for most curves that can be drawn on the isometric grid. For example, Figure 11 shows the first three iterations of the Peano-Gosper curve or flowsnake [6] realised as an impossible multibar. 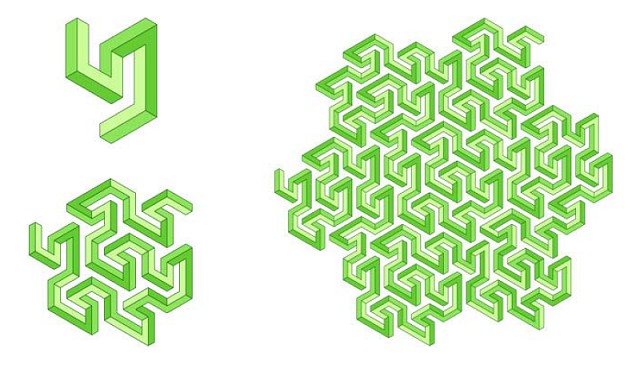 Similarly, Figure 12 (top left) shows Reutersvärd's "Meander" illusion [3] and its application to the first three iterations of the Hilbert curve, mapped to the isometric grid, to yield a Hilbert meander. This design is derived from the Devils's fork illusion and involves figure/background ambiguity. However, another illusion not found in the original Meander figure emerges, to yield two types of effect at once: 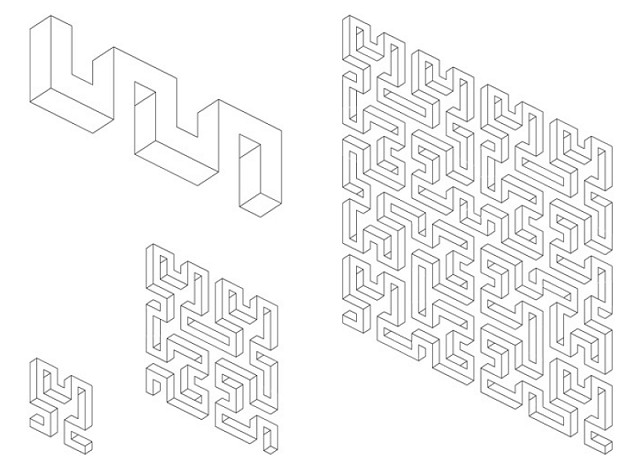 The Hilbert meander is best rendered as a black and white drawing as the Devil's fork and multibar colouring schemes are not compatible.