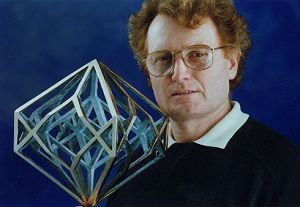 Guido Moretti is the second of three sons, was born on 12 August 1947 at 20 Via Gramsci, Gardone V.T. His father Luigi was a carpenter and used part of the hallway of the house as his workroom. Later, he was able to set up his own furniture factory. Guido much preferred his father's carpenter's shop to school desks.

Guido completed the senior section at the main school in Brescia, where he discovered and was captivated by the beauty of analytical geometry. Then he entered to the Faculty of Engineering at Padua University in 1967. There he created his first sculptures in plastiline. Completed first two years of university, Guido switched to the Faculty of Physics and moved to Milan. In that time he was considering teaching as a carrier. During this time in Milan his sculpting output increased.

In 1973, he settled in Brescia and graduated in Phisics. In the beginning of 1974 Guido started to teach in various schools. He became involved with the Loggetta artistic group and followed various courses in drawing and ceramics. In 80s his creativity knew no bounds: from stratifications he moved on to rotations followed by orthogonal intersections. He created a set of sculptures of orthogonal intersections with various optical illusion shapes and impossible figures.

Since 1996 he has worked with Anna Canali's Milan gallery Arte Struktura. 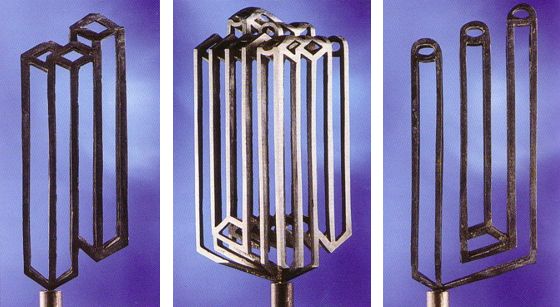