In 2005 Virtual Ride rolics were redesigned on modern level and were called Virtual Ride Revisited. Structures of buildings were remained the same but environment was completely reconstructed. Today it is much less difficult to generate and render the enormous amount of data needed for plants and rocks. Moreover, in 1998 normal PAL resolution 720x576 was used, and in 2005 resolution of video rolics was increased up to HDTV resolution 1920x1080. 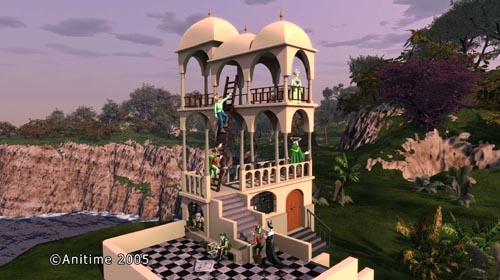 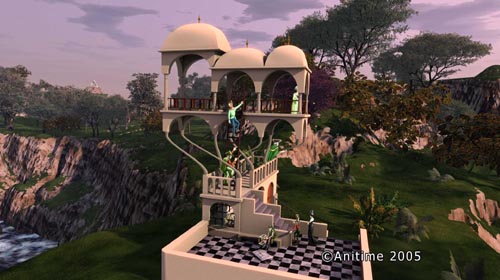 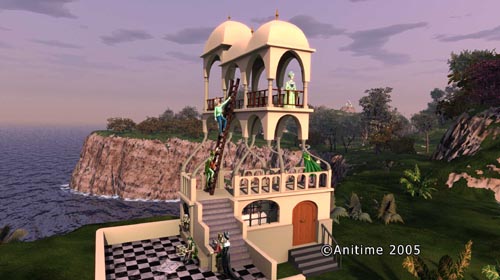 Frames from video "Ascending and Descending" 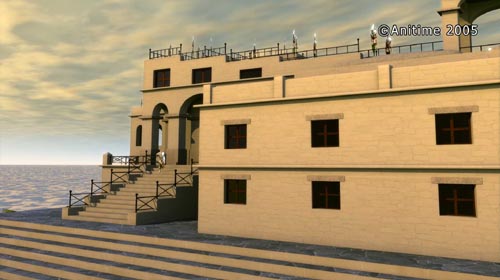 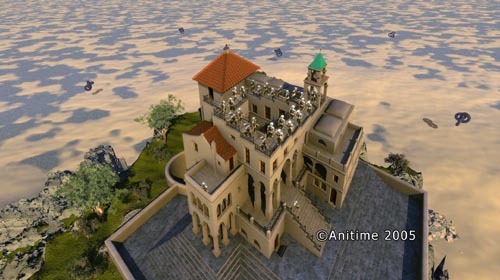 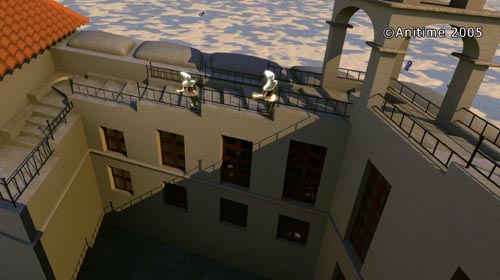 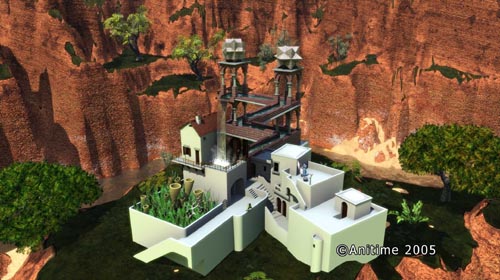 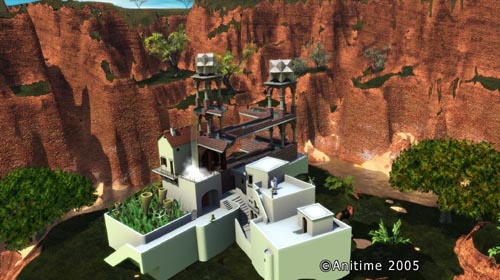 These images were found at
http://www.anitime.nl/main.php?taal=UK&pagina=uitgebreid&subitem=uitgebreid_escherstereo