Chinese painter Jiang Peng, in a homage to the work of the Dutch artist M.C. Escher, uses an optical illusion of impossible triangle to express what he thinks about romantic and sexual attachment. In this piece, the traditional symbol chocolate, floats freely in an impossible space surrounded by other traditional symbols of love: clouds, roses and bees. 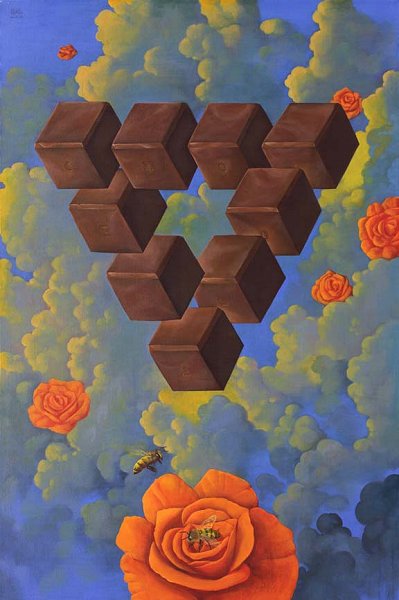 The image was found at http://www.taowatergallery.com/artist-jiangpeng.htm