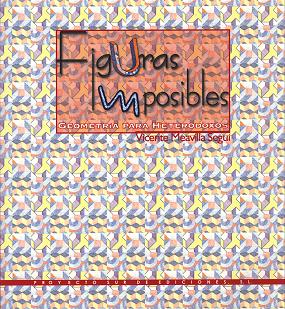 At the end of 2004 new book "Figuras Imposibles" by Vicente Meavilla Seguí was published. All artworks of the artist are distinguished by unique artwork technique. His technique is pointillistic and he uses felt-tip pens to color his compositions.

The main part of the book consists of more than 40 artworks by Vicente Meavilla that were created since 2002 until 2004. Every artwork has a comment of artists, scientists, friends and colleagues of Vicente by University of Zaragoza. There's comments of well-known persons in the field of impossible figures such as populazer of Escher's works mathematician Bruno Ernst, mathematician Zenon Kulpa and artist Peter Raedshilders.