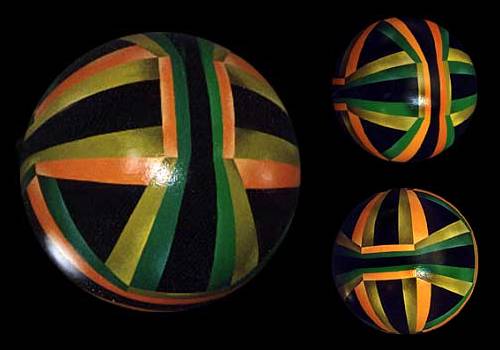 Eight Penrose's triangles are combined to make this spherical painting. 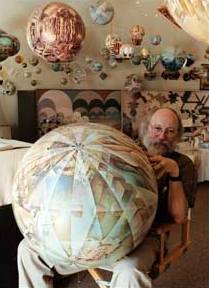 Unlike many artists Dick Termes creates his wonderful artworks not on flat canvas but on sphere. He draws in special six point perspective which is more natural for this type of paintings than common one point perspective. He names his paintings termespheres.

What you see at termesphere can be perfectly explained by these words: "Imagine that you are standing inside a transparent ball suspended fifty feet above the Grand Canyon floor. You are higher than some canyon walls and lower than others. You have paints and a brush, and you begin to paint what you see on the inside surface of the ball. You paint the north face, then the east, south, and west. Finally, you paint everything visable above and below you. You move your globe to safe ground and step out to observe your paintings."

Each sphere is a revolving three-dimensional space/time exploration of an entirely closed universe. The paintings are not collages or collections of diverse images, or as some say "six paintings in one", as much as they are complete holistic visions of highly structured environments. Full viewer participation is only possible if one mentally enters the structure and becomes immersed in it. One finds that the works from the "inside" are sometimes not what they seemed from the "outside".

Dick acknowledges strong influences by M.C. Escher and Buckminster Fuller and has received high critical acclaim from aficionados of both camps. Termespheres are part of many prestigious collections.

Influence by M.C. Escher is visible at the artwork below which resembles to Escher's lithograph "Regular division of space". 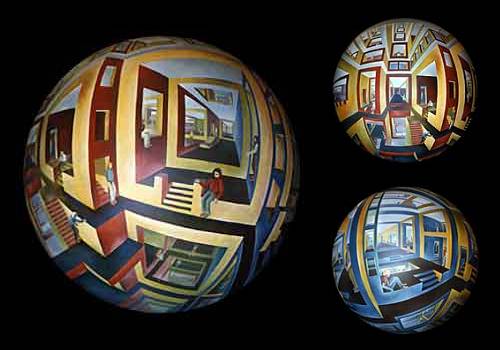 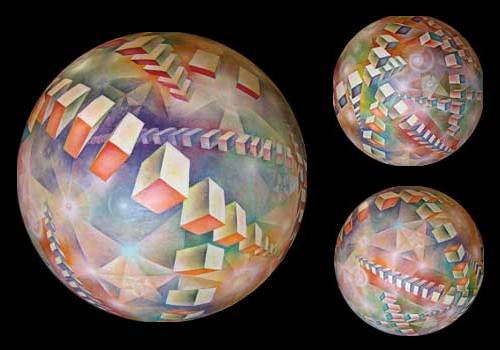