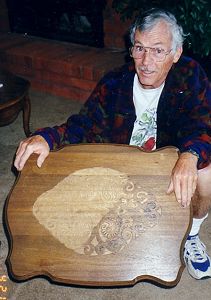 Philip Allin started whittling as a young boy when he made toy guns to play with while spending summers in the Sierra Nevada mountains. He continued his woodcarving hobby off and on through college and 40 years at JPL. As a scout leader he whittled dozens of neckerchief slides. Now in retirement he has produced most of Escher designed pieces displayed.

In July of 2007 he has personal exhibition, where eleven his Escher-base works are demonstrated. You can his photo from the exhibition below. 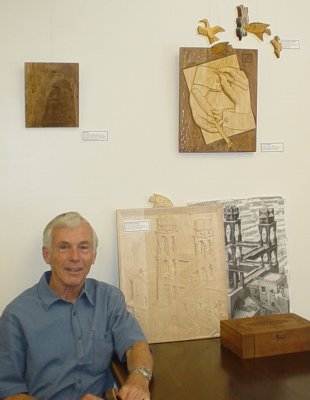 Woodcarvings of impossible figures and Escher based impossible constructions

Woodcarvings of other Escher's images